Showing posts from January, 2022
Show all

Taking Down The Hero 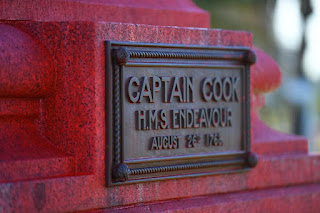 When the Jews aren't poisoning the wells,  whining about racism, bringing in refugees, or sex trafficking White women, you can be sure they are tearing down society's icons or, their ideology being so pervasive, having their mutant proxies doing it.   With Jews and their minions on the loose the great and the good of the past don't stand much of a chance.  What's the world coming to when White people can't have a day? No good, that's what, that's what's coming to the world. And the day in question is not even our day any more, it's being shared with the race riff raff of the world. And that is precisely why White people can't have a day anymore. Australia Day is January 26 and celebrates when Captain James Cook planted a flag on the continental island at the high tide of the White race. "Australia Day is the official national day of Australia.  Observed annually on January 26, it marks the 1788 landing of the First Fleet at Sydney Cove
1 comment
Read more

The Health Of The State

Nothing to see here says the Jew, the Jews are a disputatious lot always arguing among one another, they can't agree on anything, they are certainly not working in concert. And you have to look real hard to find the Jews, they blend in so perfectly, why they are only 2 percent of the population, just a drop in the bucket, and they might as well be Smith or Jones for all they stand out, and they for sure have no plans for world domination. So said Jew Yair Rosenberg who took to the pages of the Jew run Atlantic Magazine (January 19 2022) to indulge in another round of bellyaching after that Jew hostage situation in Texas. I guess in fact it's not all that hard to find the Jews as it's a Jew writer in a magazine full of Jew writers and edited by a Jew.  As for that hostage situation in Texas it perfectly suits them, there's nothing like a Jew as a "victim" which will get them on their high horses and in high dudgeon to warn the world about the most dangerous
3 comments
Read more 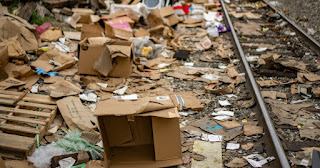 It seems fitting that Don Jr. took Gavin Newsom's sloppy seconds in the form of Kimberly Guilfoyle, as the American Ruling class passed that bimbo around like a cheap cigar. And Newsom himself is a bit of bimbo or a babe in the woods, why he just woke up and his eyes goggled when he discovered that the state he runs, and has run into the ground, looks like a 3rd world hell hole. That's what you get when you stand up at your inaugural with your son in your hands and say to the whole world that California welcomes the whole world. Import the 3rd world, become the 3rd world as had been said. And importing the 3rd World California is, the last time I checked the state has nearly 40 million people and just a hair over 1 in 3 are White. The race with the most people of course are the Mexicans clocking in at nearly 40 percent and heading to fifty percent. Which reminds me that about 100 years ago someone asked a German scholar what the future of Mexico was and he said it will be ab
Post a Comment
Read more

The Holocaust Is A Weapon 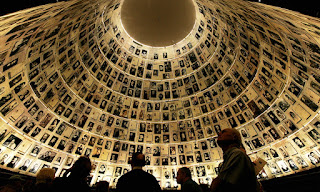 When it comes to the Holocaust the Jews say the Lord God told them on the very first day, and every day thereafter, that thou shall have no other genocides before Him. Or even any genocides in the same vicinity, really. It is to be the genocide of genocides, the Big Daddy Grandmaster Genocide that shall put all other genocides in the shade and make them go whimpering to their mother wishing they were a real genocide. When it comes to the genocides the Holocaust is not primus inter pares, no, it is the first alone and no other genocide has, can, or ever will, equal it. And don't say "it's not the end of the world," the Jews say it was the end of the world, or almost the end of the Jewish world. And now it must mean the end of the White world because the Holocaust was the worst thing in the world, bar none. What it really was of course was the Jews getting rounded up justly so they could not continue to perpetrate their insidious mischief, and then some hundreds of tho
2 comments
Read more 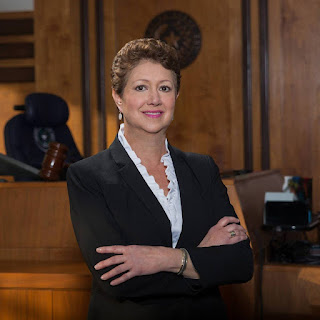 When we say Every Single Time of course we don't mean it literally.  We all know that from time to time when a heinous anti-White statement is made or a horrendous anti-White action happens it comes from one of those anti-White Whites so beholden to the Jewish ideology.  Yet Every Single Time is a statement that has an inner truth that is irrefutable.  That is when the number of times when you look it up and--wham!---it's a Jew becomes mind-boggling it's impossible to ignore.  No one who does this on any kind of regular basis can fail to recognize the uncanny nature of Jew involvement in all manner of perfidious behavior.   At first it's shocking and astounding and then over time you just see it is like clockwork.  What Every Single Time means is that this is not random, nor can it be ascribed to the fact that Jews are prominent in many fields.  No, these are Jews who are acting not as liberals, or radicals, or Democrats, or media figures, or academics; no, none of that
7 comments
Read more
More posts