Showing posts from October, 2021
Show all

Being Replaced Is Expensive 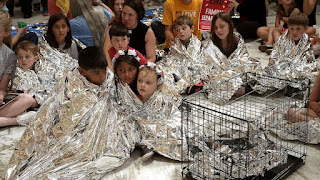 The late and unlamented President Donald Trump and his men at DOJ and DHS faced that choice that the Jew legal system has held over every Administration's head like a sword of Nat Turner for the last quarter century.    " That decision forced upon the U.S. government a Hobson’s choice – either detain a parent and an adult but separate them by releasing the child after 20 days or release the entire family.  In 2016, the Ninth Circuit Court of Appeals upheld Dolly Gee’s ruling." Dolly Gee in case you don't know is a gook, not an American. In short a President can defend the country and separate families and become Adolf Hitler in the blaring eyes of the Jew media, or the President can cave,  make the Jews happy for a short moment, and watch the United States Of America go under. The amazing thing is that there for a while Trump and Sessions seemed determined to go full Adolf Hitler.  This was the so-called zero tolerance policy.  It was not quite a White America policy
Post a Comment
Read more

How To Win A Race War 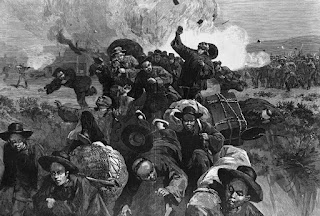 The way to win your race wars is with the spirit of a million righteous fires. Our ancestors knew how. It turns out the gooks have their very own Tulsa, it’s called the Los Angeles Chinese Massacre. And the Los Angeles Chinese Massacre is the poor man’s Tulsa, but then Tulsa is the poor man’s Holocaust and the Holocaust is fake. So you can see that it’s a pretty sorry lot we’re dealing with here. Let’s just say that no one ever accused this racial debris of being the pick of any litter. The Los Angeles Chinese Massacre is in the news of late because it just passed the 150 year milestone, it’s an event that no one ever heard of, and fewer care about, and when rational people do hear about it they ask: and why did we let the gooks in again? They say your pig tailed chink coolie built this country, at least the parts that the negros didn't build. You notice they never say the Jews built this country because even given the colossal amount of Jew love in this country the preposterou
1 comment
Read more 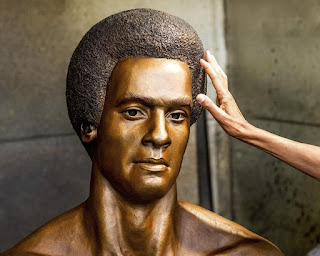 Wherever negro Huey Newton went there was sure to be violence, gunplay, murder, and death. These things seemed to follow him around like a horrible stench. The stench of the negro. In 1964 this violent and miserable scumbag stabbed a man with a steak knife and was convicted of assault with a deadly weapon. Three years later he was involved in a shoot out with the police in which an officer died. In 1974 Newton shot a woman who subsequently died. He was later accused of killing two women but the charges didn't stick. He also pistol whipped his tailor once. His Black Panther Party attempted to assassinate one of the witnesses at one of his many trials. It's quite a remarkable record, really.   At least he wasn't a cannibal, as far as we know. For some odd reason after all of this wanton destruction of life he was awarded a PhD from the University Of Santa Cruz in The History Of Consciousness in 1980.  But of course to receive that degree at that place in that time all
Post a Comment
Read more

The Myth Of The 20th Century 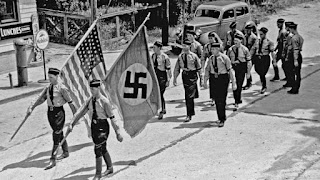 The myth of the 20th Century goes like this: World War 2 was the good war. In that war the Americans defeated the Nazis. If there’s one thing that everyone knows it’s that the Nazis were the most evil people ever to walk to planet. No one else is even close. Mao? Stalin? Pol Pot? Minor leaguers. You can’t even mention them in the same breath. So the Americans defeated the most evil people ever. Why were the Nazis the most evil? Everyone agrees that they were the most evil because they based their state, their government, and their ideology on race. They were racists. And so ipso facto racism is the most evil thing ever to occur on the planet. Nothing else is even close. Everything else is minor league. And then the myth of the 20th Century cranks into high gear. But wait a minute they say. Read the Nuremberg transcripts and they are littered with references to the Nazis working closely with American intellectuals in the 1930s.  Why, Karl Brandt even submitted The Pas
Post a Comment
Read more 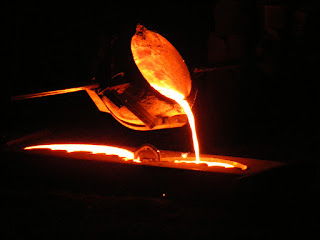 Removing the statue of Robert E Lee was not enough; nothing is ever enough for these demons, no amount of desecration of White heroes will ever be enough for them.  It wasn't enough to remove it, and put it in a museum as a show piece of evil, and not enough to remove it from public view and put it in a basement somewhere in cold storage as it rots away.  No, not nearly enough.  It would not even have been enough to decapitate it and throw the head and the body in a lake; not enough to paint it red representing all the blood that was supposedly on his head and on his hands.  It would not have been enough  to saw it in half; not enough to dynamite it and smash it to smithereens and blow it into a million pieces.   "A Virginia museum is proposing to melt down a statue of Confederate Gen. Robert E. Lee that was the focus of a violent white nationalist rally in 2017 in Charlottesville and create a new work of public art." No, none of that was enough for these ghouls.   Rather
1 comment
Read more 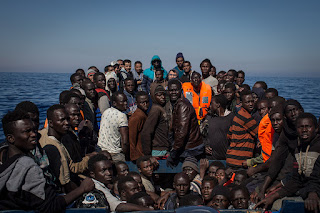 Supposedly a high British official asked Hitler for some advice on how to deal with Gandhi and what Hitler said was startling: Shoot him. The same thing for those boats carrying race invaders from Africa to Europe.  Sink a couple of the those. Show what you are willing to do to defend your people. That will rattle some cages.  Get people's attention. Adetokunbo will think twice before hopping aboard. And let the those high commissioners suck on that. But of course for the "crime" of wanting your people to live you'll probably be put on show trial.                                        *** Globohomo is flexing.  They are feeling their oats and going for it. They don't do it despite the absurdity; the absurdity is the point. They want to rub our noses in it good and hard.  So we know who is really in charge.  So we don't go getting any big ideas. Ideas about living.                                         *** What will they think of next? They ought to pin a me
1 comment
Read more
More posts