Showing posts from June, 2021
Show all

A Mighty Dose Of Poison 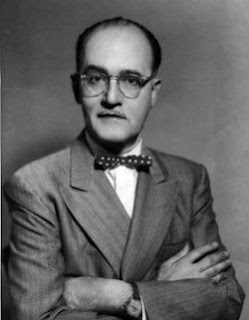 "The White race is the cancer of history" said Susan Sontag who was born Susan Rosenblatt in New York City, the daughter of Mildred (née Jacobson) and Jack Rosenblatt, both Jews from  Lithuanian and Poland. So little Susie Rosenblatt, the nerd in the back with the glasses, the dowdy undergrad, got herself some big ideas. Socialist summer camp, White genocide..... If something traditional in America was being overthrown you can be sure there was a Jew behind it. Every single time. Starting in the early part of the 20th Century a foreign world view was engrafted on to the United States Of America. By the end of the century we were fully in the grips of this alien ideology. From the first time they set foot on these shores Jews went in to opposition against the White majority, became critical of it and hostile to it. Was there any shady undertaking, any form of nastiness — especially in cultural life — in which Jews did not participate? So said Adolf Hitler about his times. As t
1 comment
Read more 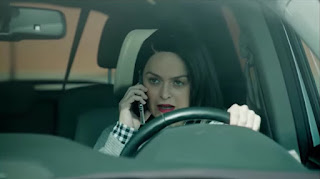 Zero day without Jewish tricks, as has been said. Veit Harlan was the foremost director in National Socialist Germany. After the war he was put on trial for "crimes against humanity" simply for having made a movie Jews didn't like (Jud Suss). If that's the standard when we obtain complete police power how many people can we put on trial for crimes against the White race? Jews, White Jews, negros, Mexicans, Indians, the entire grab bag of race chaos. All will be picked up in the first wave of arrests.   All will be in the dock. Jud Suss was the true story of an 18th century Court Jew who abused the trust of the prince and raped a White girl and who was hanged like the filthy dog he surely was. The most famous scene in the film is when the raped White girl drowns herself from the shame of having been defiled and deflowered by the dirty Jew, and the blood maddened crowd carries the body of the raped girl to the home of the Jew and demand justice. The Jew must pay! They s
Post a Comment
Read more 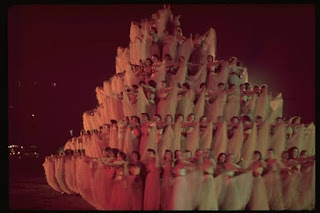 "An unmarried mother who, perhaps outside the bounds of bourgeois morality and custom, contributes compensation for the blood sacrifices of war for the life of the nation, comes before all principles thought up by men, before all conventions which carry the mark of recognition of custom, this is the highest service a women can render the community, to give the gift of racially pure and healthy children for the survival of the nation."--Rudolf Hess, 1939 When you begin thinking you begin thinking about Adolf Hitler.  That is as true today as the first time I said it. In the end Hindenberg had it right, he was always the artist, always "that Bohemian Corporal." It was a running joke among high level National Socialists that Magda Goebbels was so mesmerized and aroused by Hitler that every time she was in his presence her ovaries rattled. The Jew and the Christian thing so fouled up the Germans Hitler thought, fouled them up for over a millennia, that it would take gen
Post a Comment
Read more 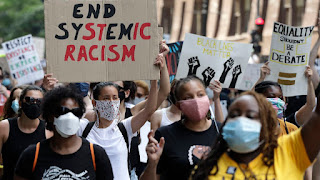 Sometimes justice is delayed; but sometimes it is delicious. Recently a Jew who emigrated to our country (from Israel) only to tell us how evil we White people all are, who made the work of her life (such as it was) the pursuit of showing how our justice system is unfair to the poor negros, disparities in sentencing and all that, recently this uppity Jew got what was coming to her; got her comeuppance. It is a red letter day, a banner day. It seems she was looking for more examples of White perfidy down where the down and out black man hangs, and for her troubling us she was was murdered by (wait of it) a black man. None dare call this a tragedy; this is one for our side. Sometimes justice is delayed ; but sometime it is delicious. To read this story is to know that God is in his heaven and that all is right with the world An arrogant and elite Jew got hoist on her own petard. And everyone will excuse my gloating because for a century or more in this former country of ours Jews have e
2 comments
Read more 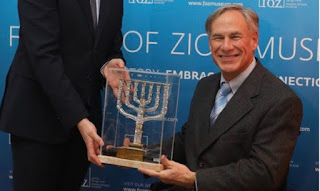 Best I can tell there are like three Jews in the entire state of Texas, give or take, but that's not stopping cancerous and crippled and incurable cuckservative Governor Greg Abbot from kowtowing to them at every turn. You see the Jew lover can't walk like a normal person but he does want to be your President; and in case you hadn't heard about it them Jew boys got a lot of dough and clout in this rapidly approaching post White country of ours. First Abbot was lovingly licking Big Tech in order to lure their dirty blood money to the ten gallon state; he called Gab a hot house of anti-semitism (long may it live and prosper!). Now he's signed a bill that will set up a commission to look into the Holocaust--but how can you say never again if it never happened in the first place? This commission will hunt down normal White people who want a country of their own Jew-Free and will send the bill to those very same White People. That is, he's messing with Texas which he has
Post a Comment
Read more
More posts