Showing posts from April, 2021
Show all

The District Of Contamination 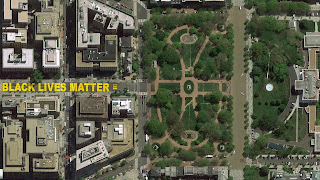 In the television series The Man In The High Castle the Germans complete their conquest of the Eastern half of North America by dropping a Heisenberg device on Washington DC.   Later in the show one character casually refers to the city as the District Of Contamination.    Really, it's always been that at least since the negros got there.  Black are 46 percent of the city, Whites 41 percent.   It went 92 to 5 for Biden, so even the Whites there are insane. When prosecutors wanted to get indictments of Trump officials they were sure to empanel grand juries in the District rather than across the river in Virginia.  Black can always be counted on to do the dirty work of the ruling class in lockstep. Now the Democrats want to make the District a state, put a 51st star on old gory.  The remnants of constitutional  scruples demand that there always be a federal district, so they propose to reduce it to a pin hole including the White house , the Supreme Court , and a few other odd buildin
Post a Comment
Read more 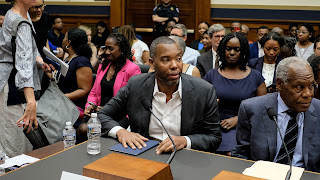 "It is estimated that the United States alone benefited from a total of 222,505,049 hours of forced labor between 1619 and the abolition of slavery in 1865. Valued at the US minimum wage, with a modest rate of interest, that is worth $97 trillion today." The time has come  To say fair's fair To pay the rent To pay our share The time has come A fact's a fact It belong to them Let's give it back  So said that big bald headed freak who fronted the Australian band Midnight Oil.   Apparently this bleeding heart virtue signaling lunatic was recommending that White Australians, who as hardy pioneers had built a civilization out of literally nothing, should take everything they have and "return" it to five foot tall aboriginal savages with matted hair who stink to high heaven, have prominent brow ridges, and whose sole occupation on earth so far seems to be trying to find bugs to eat or water to suck out of grass. What would they do with it?   If they were black
Post a Comment
Read more 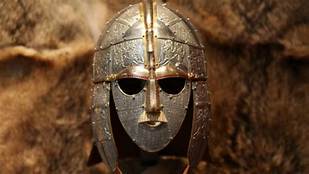 "A document about the America First Caucus described it as championing Anglo-Saxon political traditions and warning that mass immigration  puts the unique identity of the USA at risk."  Though they loudly proclaim that the GOP is the "party of Lincoln" what they really are is the party of cowards, grifters, whores, sycophants, and future corporate lobbyists.    Although those two may be the same thing. Apparently a report was circulated recently regarding a potential America First Caucus in Congress.  W e'd prefer a simple White Caucus, but of course for anyone elected that is not just beyond the pale it's a million miles outside of it.   As usual this report sent the toady "conservatives" running for the nearest cover, fleeing the scene like a vampires run from the light.   It is unclear whether it was "America" or "First" which triggered them though we suspect it was both, alongside the veiled allusions to White people.  But i
Post a Comment
Read more

Law Of The Blood 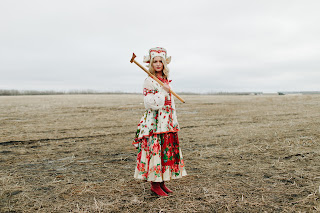 "Past the menace of such a twilight, a new ascent can be realized only if the Nordic blood, to which we owe the historical greatness of all the Germanic nations, fortifies itself anew, and if the Nordic man again becomes numerous, prolific, and dominating." "The hordes of inferior breeds even then freely pouring into the country in complete disregard for the precepts of the new racial learning would mix promiscuously with the Anglo-Saxon and inevitably produce a degeneration of the species." Roughly speaking in the last quarter of the 20th cent and through the Second World War elites all over the White world began to realize that White mastery of the world was not an a given eternal thing, that it needed to be won again.  So they waged war, first with the pen and then with applied science.  Finally one man saw how dire the situation truly was and rose above the others and took the race in his hands; sought to put the colored world under out foot forever;  he came wi
Post a Comment
Read more
More posts