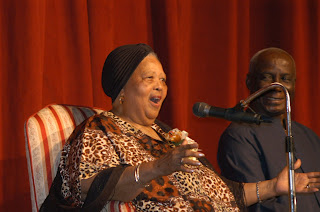 There won't always be an England. At least not an England to speak of. And certainly no England a decent Whtie man would want to live in. Dead White Males--they want more of them. Dead White Males--a phrase from the 1980s from which all the evil flower of our time flow. Dead White Males refers to the canon of great White writers (aren't all of them White and all of them dead?) that they wanted to expunge. They wanted to decolonize the curriculum, to purge the canon of Whiteness. And lo these many years later they have done a lot of damage. Of course that leaves you with that skinny faggot James Baldwin and Toni Morrison which is nothing to write home to mama about unless your mama weighs 300 pounds, wears a parachute as dress and sits on the stoop all day in her weave and nursing the 40s Marqavious brings home. Indeed, going from Shakespeare to Nikkie Giovanni is like giving up a great feast and opting for the begging bowl, it's like begging off the chateaubriand and digg
Post a Comment
Read more 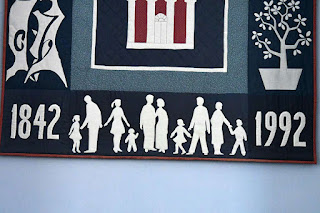 How do you make an American feel guilt? If the American is an aging White hippiesh Unitarian it's not all that hard. If she's a woman she'll have graying hair, have been divorced (for good reason) will dress like a bag lady with shabby genteel pretensions, and have multiple COEXIST bumper stickers on her beat up Volvo; if he's a man he'll have a pony tail, look like he hasn't had a decent meal in a week, and will constantly pepper his conversation with the word "sensitive."  Not too long ago these cretinous types would have dabbled in EST, participated in encounter groups and explored "human potential."  Now they are "trans Christian" which means they no longer believe in the divinity of Jesus Christ (somehow they deem that to be fascist) but they certainly think that Jesus fellow had some excellent idea about social relations, all about how the last will be first and the first will be last and the meek will inherit the earth. That
Post a Comment
Read more 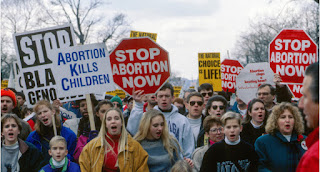 Jerry Falwell was a rotund and grinning schlockmeister in a three piece leisure suit who famously threw his weight behind Ronald Reagan.  Back in 1976 the emerging Christian evangelical movement voted for Jimmy Carter as he was one of them.  They soon found out that though he was "born again" he had the policies of a godless bureaucrat so the evangelicals went from the muck into the mire and went with the GOP where they have remained to this day.   In 1985 Regan repaid the "moral majority" by instituting the Mexico City Policy which said no American government funds that go to foreign counties can go to provide abortions.  Money being fungible this was a juggling accounting trick but it seemed (and seems) to placate the rubes. No foreign aid should go to any country with one proviso: to fund abortions specifically.   To do this we should pour our billions to the Global South; for every baby born there will end up wading in our river, often while it's still a bab
Post a Comment
Read more 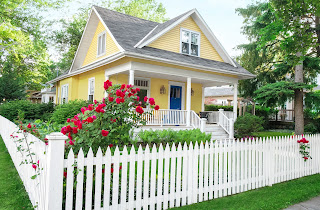 In 2020 it's said that Trump pandered to the negros and the mestizos but not the Whites; he certainly did the former in the most craven way imaginable but it's not altogether true that he didn't talk to the Whites. He certainly didn't say "White," that would be unimaginable but he did have a flurry of message meant to directly stimulate White people's political erogenous zones. After the Boomer Waffen spectacle of the McCloskeys he came out with many messages about saving neighborhoods, saving the American Dream.   That is, he did the implicit White thing, he did the dog whistles.  The message was clear as a bell.  Mr. and Mrs. White America, no negros for a neighbor, he'll zone them back to Africa.  Of course all it was was a "message", it was a ruse, a way for the opportunistic twit to get some ideational crack in his veins at the moment.  Remember this was the same guy who simulated a court martial by miming holding a rifle and saying &
Post a Comment
Read more

Anti-Racism On The Hudson 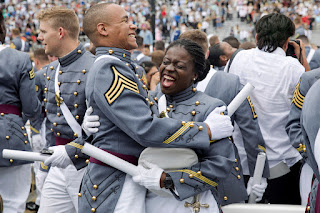 After the war some blacks met some resistance back home and so Harry Truman integrated the Army.   By now we've had a black superintendent at West Point and now a black head of the Joint Chiefs.  This is important for the Ruling Class because when the shit comes down they want the military to unhesitatingly fire on White people. Everything else is just footnotes.   It used to be the long gray line at West Point, storied in lore; the greats went there, Patton and MacArthur; but now it's the long black line as far as the eye can see.  We've all seen that disgusting picture of those 20 or so black female West Point Cadets brandishing swords and celebrating diversity.   It make you know the Amry is not for us, it's a mercenary army aimed at us.  It's certainly not meant to fight foreign enemies.  George Patton is out and the negros are in, now old soldiers don't fade away, they get on their knees and worship the negros. It's negro worship on the Hudson. Duty, ho
Post a Comment
Read more
More posts